Each painting employs references to historical architectural arch structures and my associated colour memories. The relatively smoothly painted illusion of the brick wall pattern, with its perceptual immediacy, is broken open to reveal a deep space that is paradoxically both materially physical (painted roughly) and representationally infinite. There is a diagonal crossing pinpointing the impossibility of knowing the precise location of location, our presence in this immeasurable infinite space. Because every alternate brick is painted in metallic pigments, and shifts in its light-dark contrast, the movement of the viewer contributes to the wedging illusion of the brickwork by intensifying or diminishing the wedging effect. This visual phenomenon initiated by my interest in the mobility of the viewer in relationship to the work underlines the absence of a singular ideal viewing position. The wedging illusion of the brick pattern, based on a sequence of light and dark contrasts arising from the intermediate grey value of the band of ‘mortar’ between the bricks, also initiated in me my understanding that human physiology is vulnerable to visual conditions that can give the appearance of both visual stability and instability, in effect an illusion, or causing our physiology to be vulnerable to perceptual illusions. In other words Illusions are part of the human conditions. 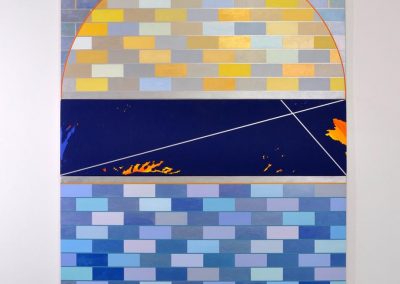 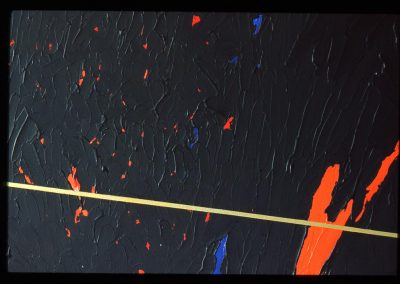 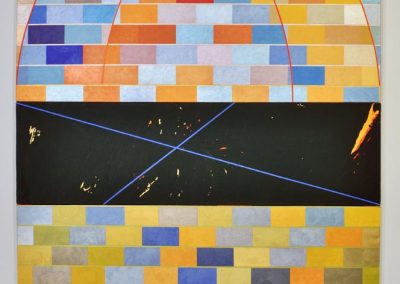 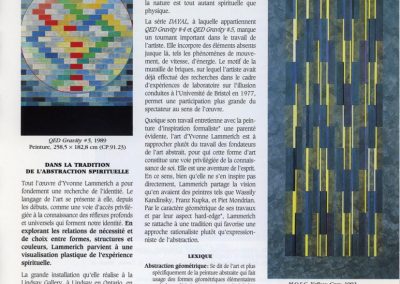