How do we mark our presence in a fluid, continuous and ever-changing world of space and time? How do we recognize this presence? These questions became a focus for me as I was about to undergo major surgery at the time. The Cartesian grid did not offer a satisfying answer to the complexity of lived experience. In M.O.S.C. Almost Black Almost White  (1992–1993) the model of the Cartesian grid, a traditional locater, has been modified by the axial shift that extends as a reference from the centre of the surface to the presence of the body. The axial shifting of arms and legs opens up space for the body to move through. This space is always proportionate to my immediate body. (It became important to keep my articulations in proportion to my physical presence). Through a series of ten paintings, the grid surface of the painting opens up to the potential of space announced by the fold. At this time, a shift to a more monochrome palette enabled the spatial qualities to be manifested as the central concern. There was also a rethinking in the convention of a painted surface. I was much more interested in imagining paint as a physical material that was simply transported from one place to another marking an event, hence the thick deposits of paint to locate that event. 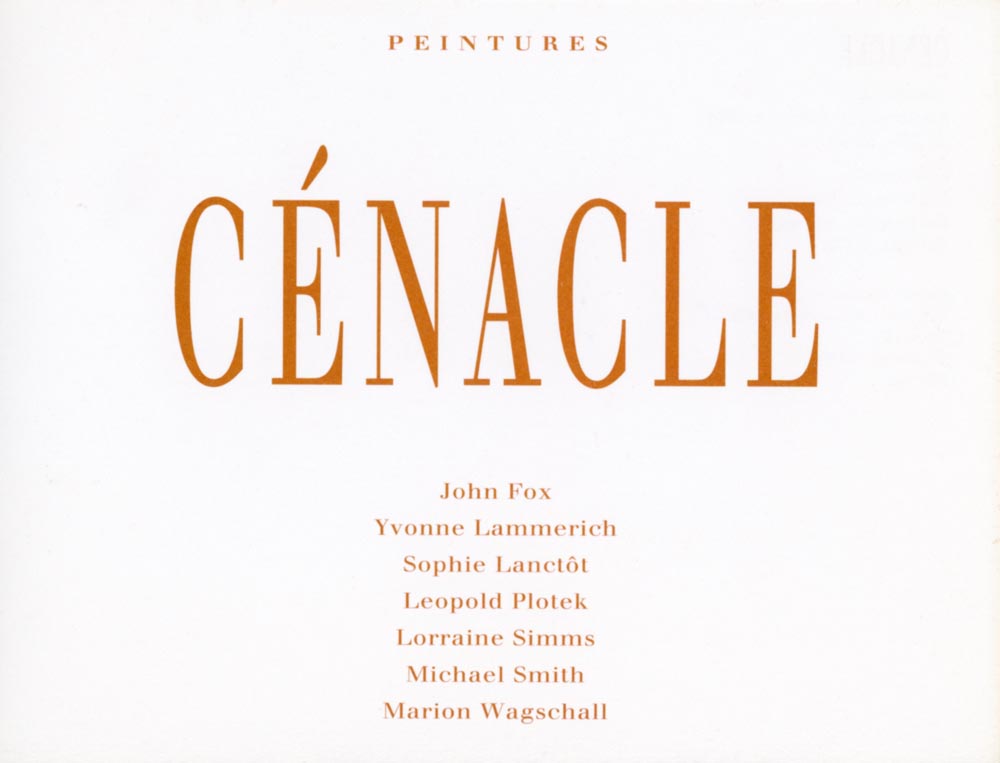 The grid here is no longer Cartesian – its organization refers back to the body, which both generates or collapses it into two centres – two passions whose motion responds to spatial emotive registers. Some of the grid structure, instead of being marked by paint, has been cut out to further complexify the grid’s location. 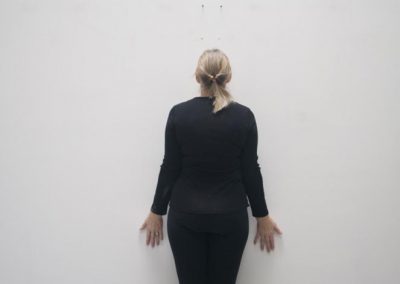 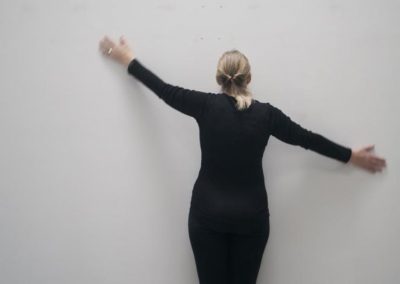 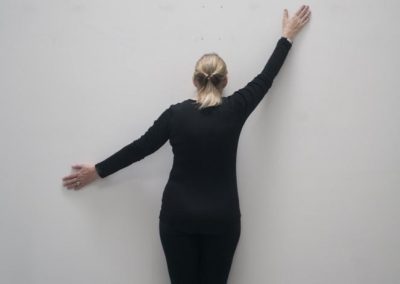 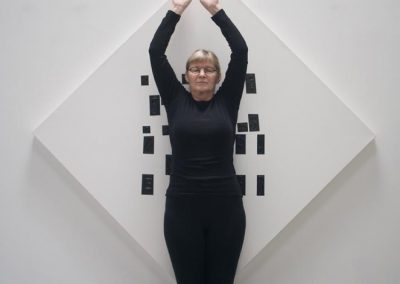 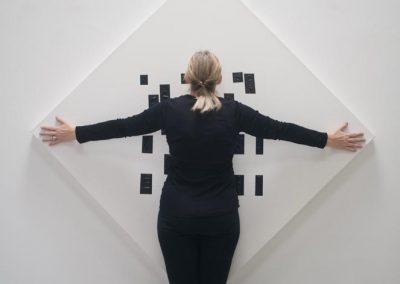 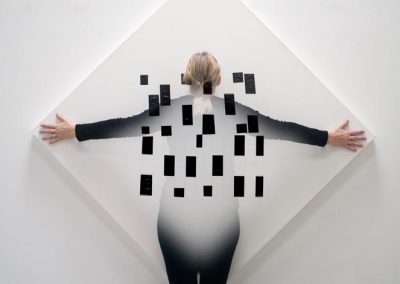 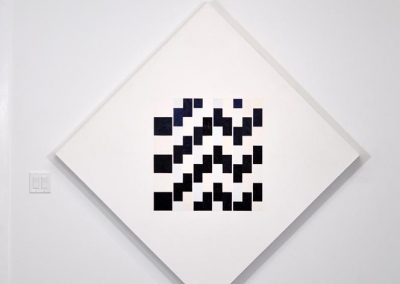 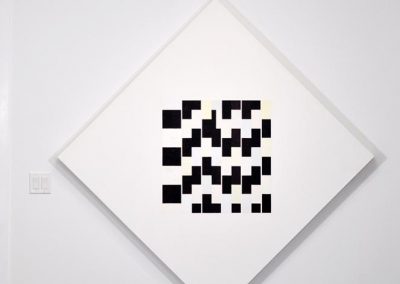 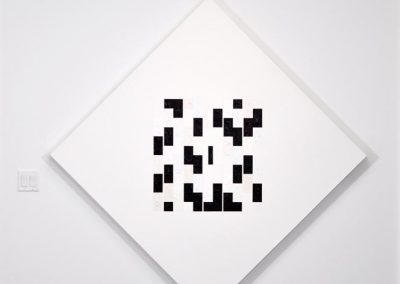 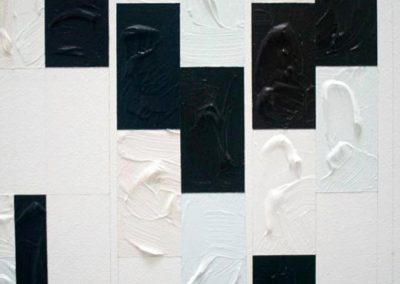 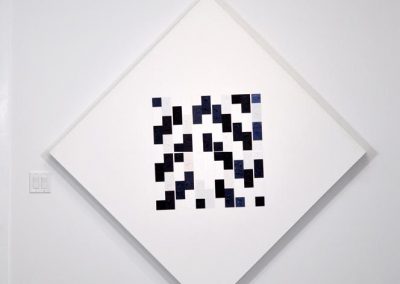 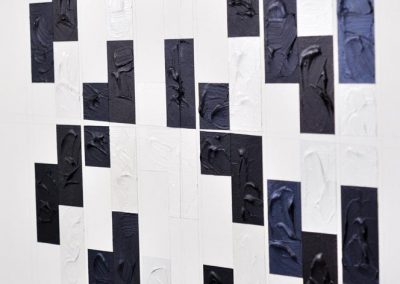 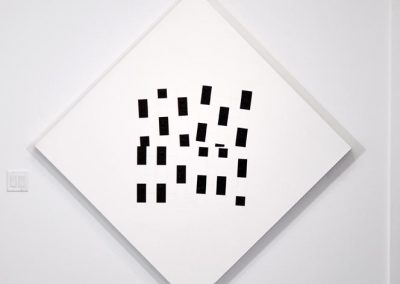 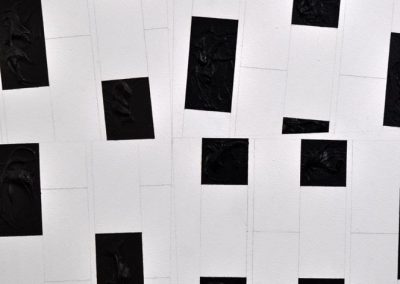 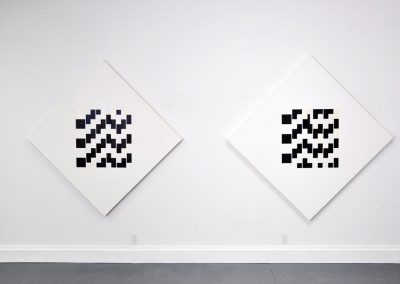 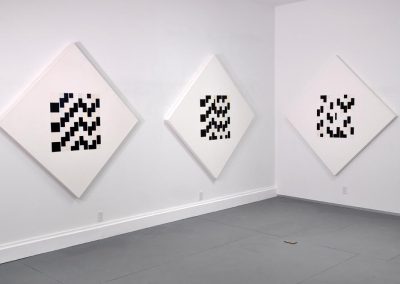 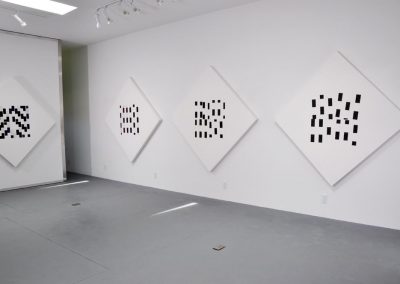 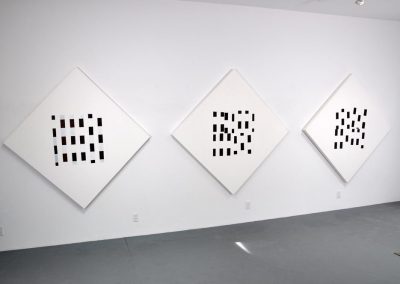 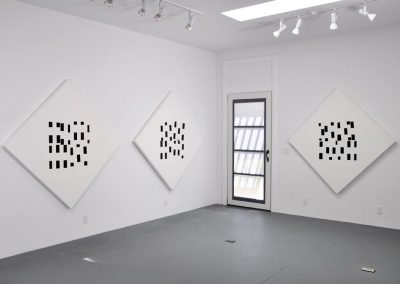 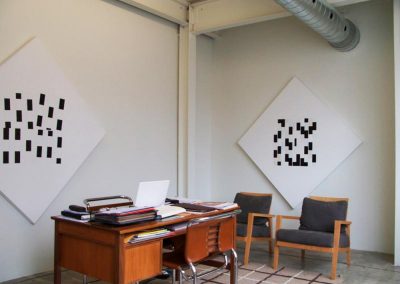 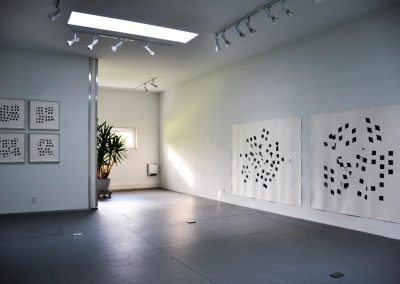 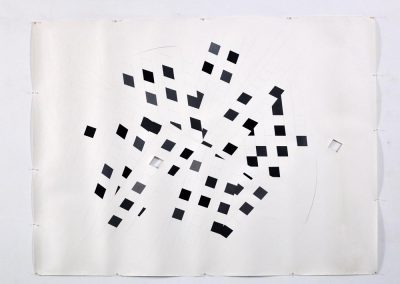 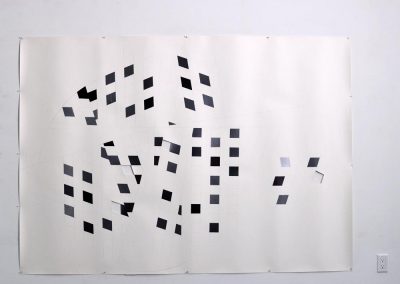 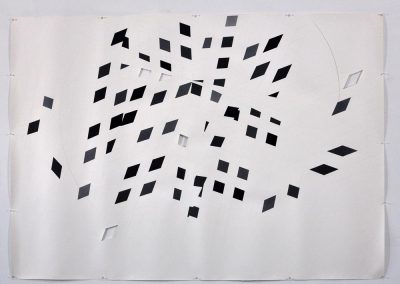