In the installation TWO LIPS the pictorial space converges with the materiality of language and architecture. In this work the viewer is engaged not only as a voyeur in the spectacle of painting, but also as a participant whose physical presence and movement – an index of shifting beliefs of what is real and what is imagined – acts out the meaning of the painting.

Entering this installation, the walls are painted with stripes to accentuate the perspectival effect. Two false doors are situated on each side of the entrance. On the end wall, in CONVERSATION (1998) (which forms part of the installation) the act of speaking words has been transformed into ‘written’ objects of formed paint spoken and written simultaneously, though the writing appears only through its rhythmic structure. These painted object-words are supported on glass shelves that are inserted into the wall and illuminated from a window behind. The viewer consequently stands inside a “painting” whose various material and conceptual aspects are evoked by specific elements of this installation.

Since the glass shelves are illuminated from behind by the building’s windows, there is a shifting spectral light during the day that casts a progressively bluer light towards evening.

TWO LIPS speaks to language becoming material, representational, discursive and metonymic. As I was working on this installation, I reflected on the complexity of references to two lips, from the flower to Freud to Lacan to Irigaray and Kristeva and the notion of the Chaotic 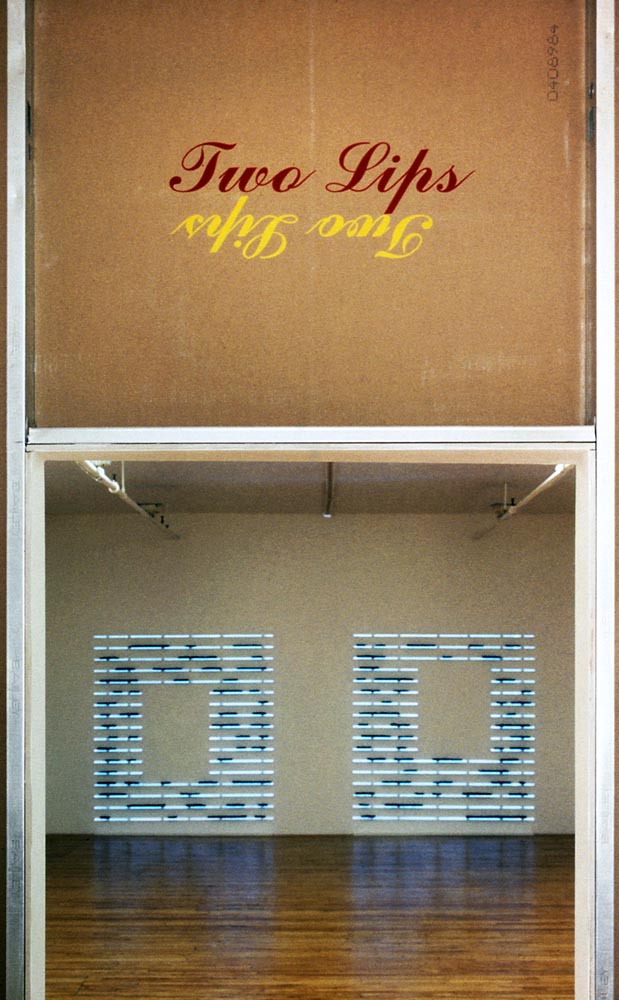 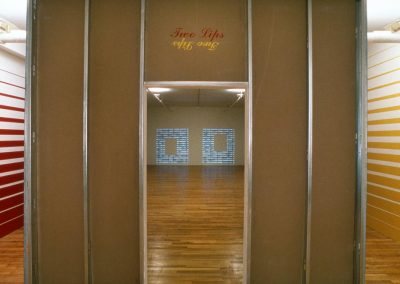 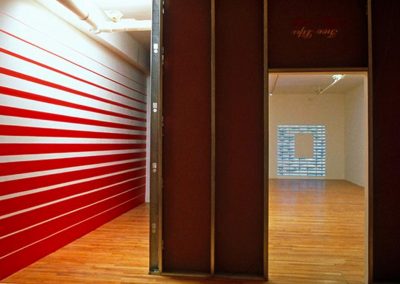 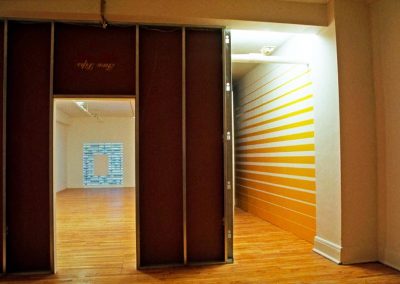 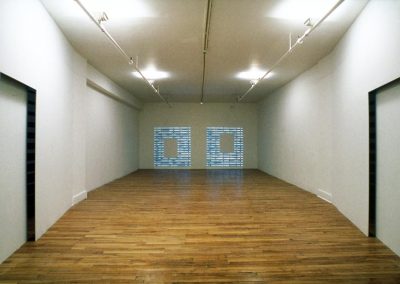 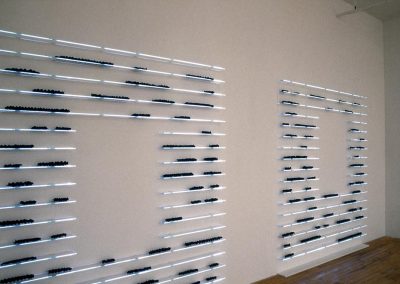 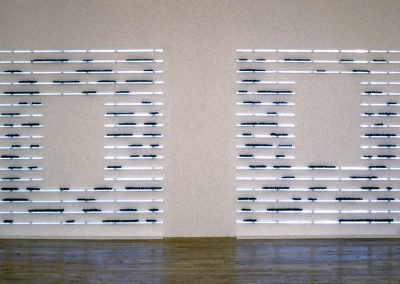 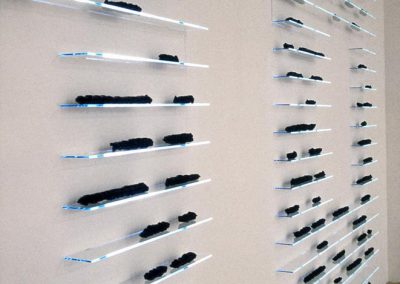 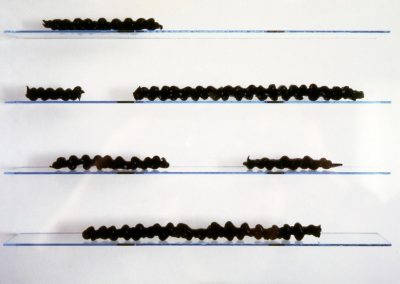 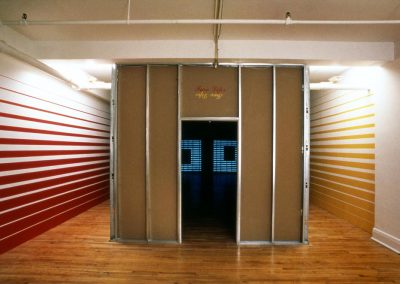 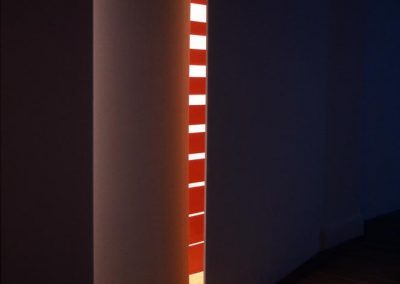 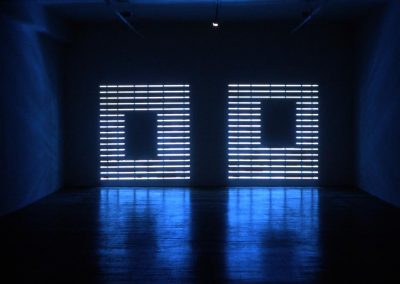 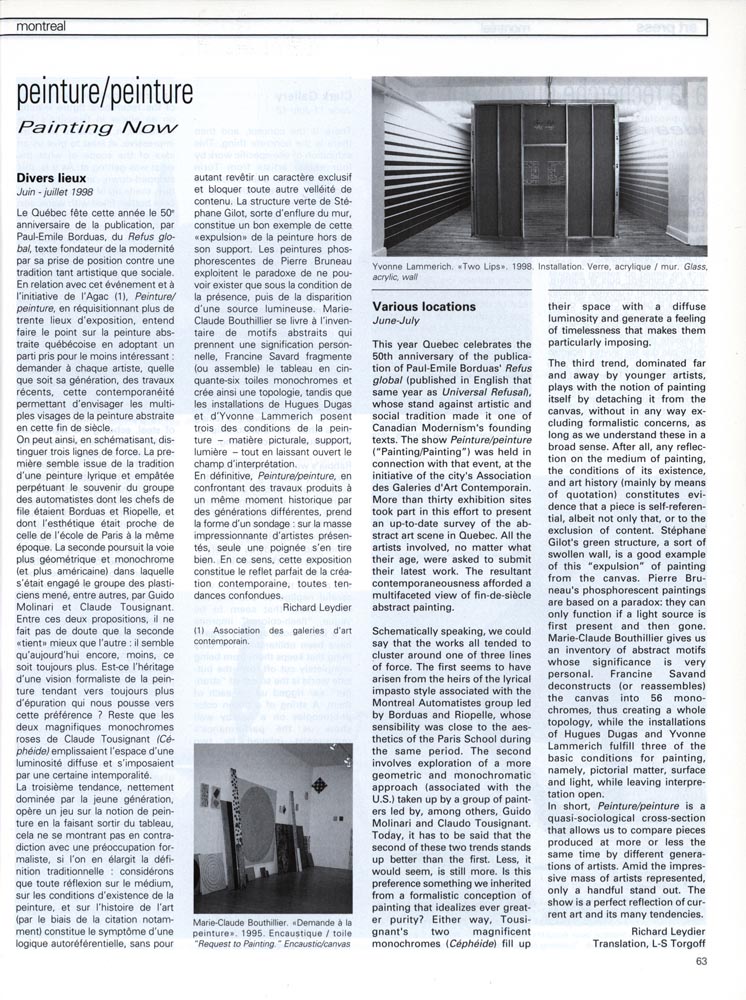 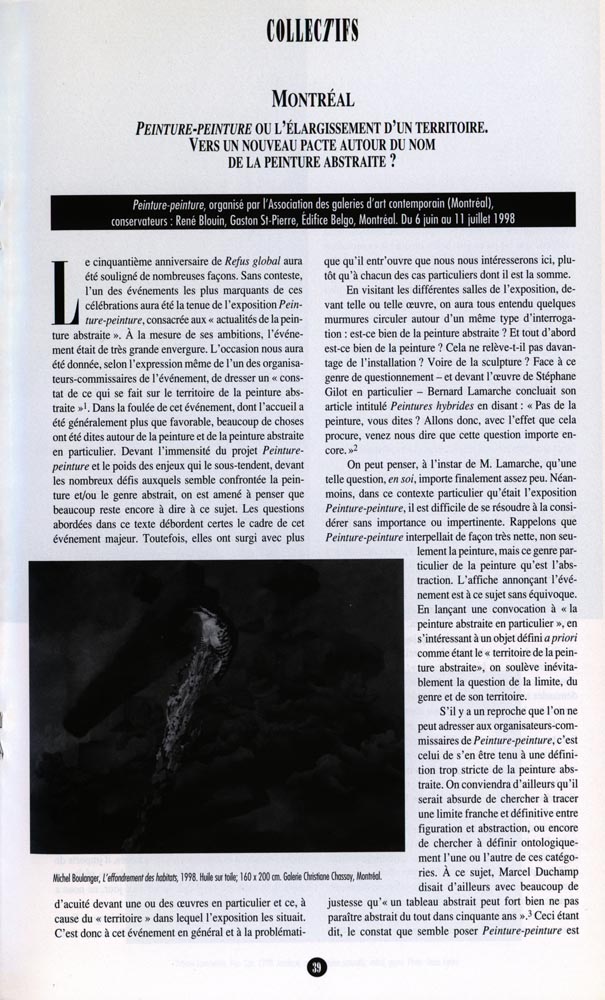 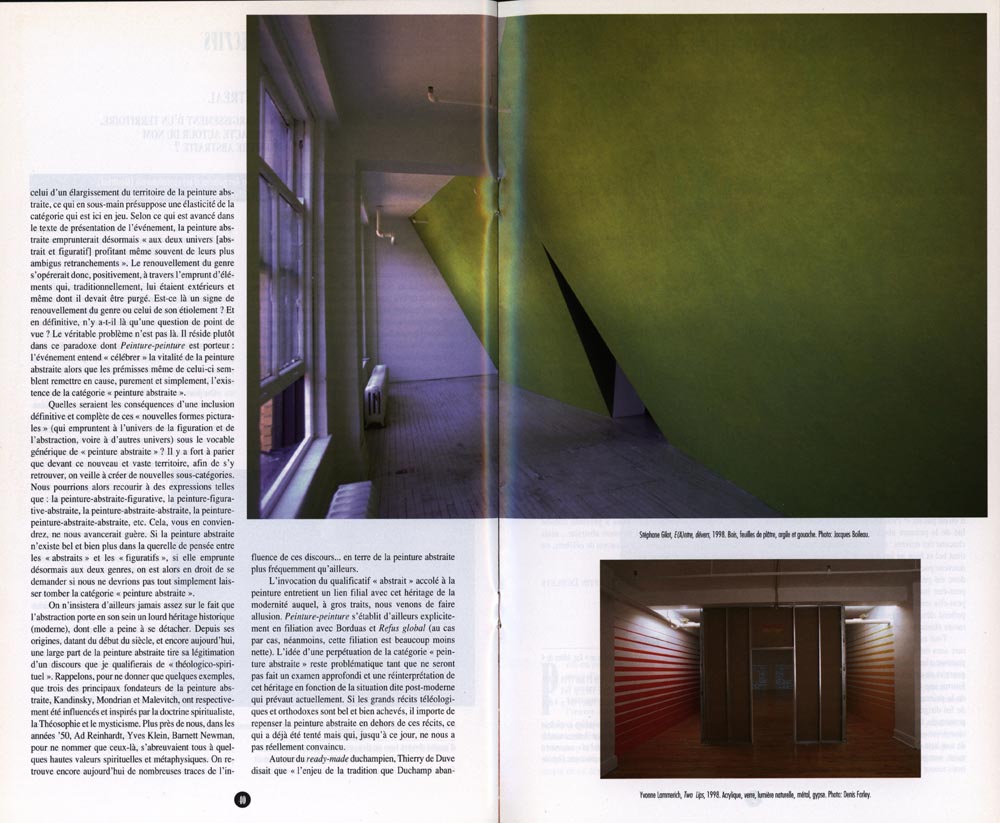 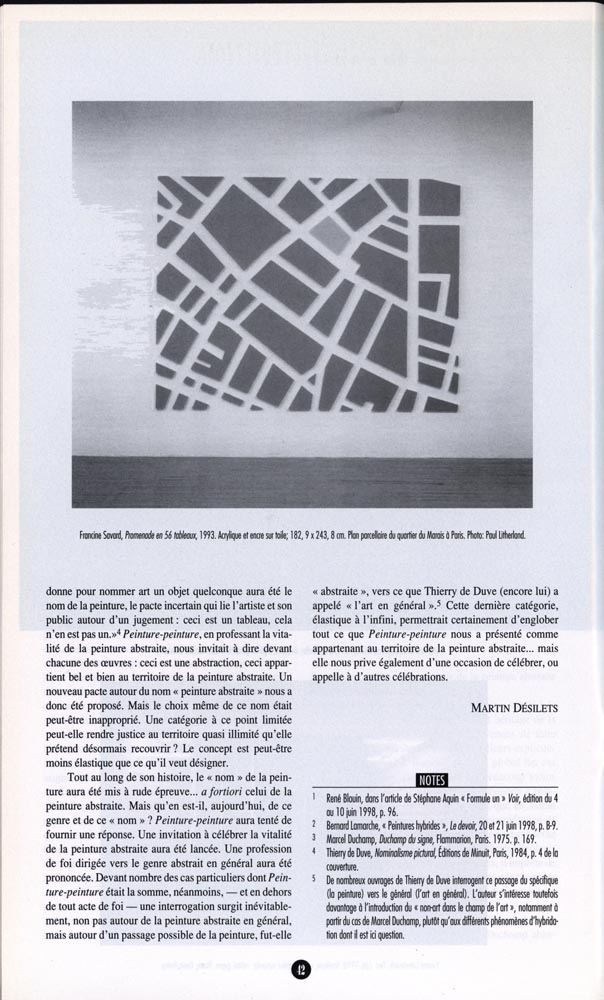