This work continues to extend and externalize the simultaneous territory occupied by the viewer’s navigation of space as well as the viewer’s projection into the construction of projective space. This wider conception of the extended spatial experience facilitates the possibility of creating complementary instances dealing with the idea of testing a spatial model with various supports and various utterances of the same proposition. A series of cubes assembles and dis-assembles over time and space, offering the viewer the possibility of empathetic re-enactment as the viewer’s trajectory of moving around this work engenders the continuous closing and opening of forms as they slide over and past each other; as a result, the configuration of the cubes is free of any fixed reality.

The gallery at the University of Sherbrooke has a large window that faces onto a small mountain range somewhat reminiscent of Cezanne’s landscapes. The idea for this work was as a result in conversation with Cezanne’s own questions of spatial experiences in his own time. Of course this work, like many of my works, engenders the viewer’s movements in relationship to the work. 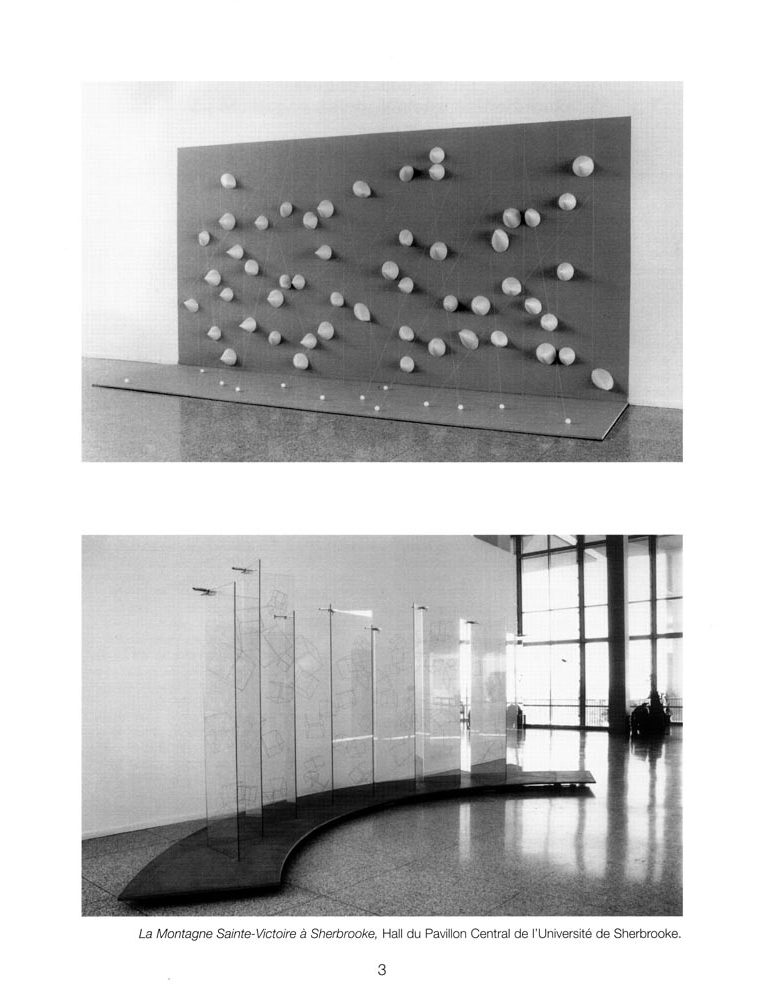 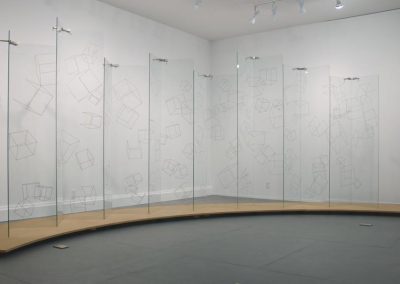 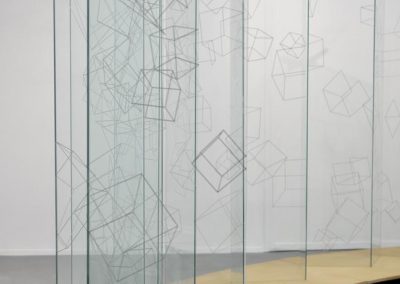 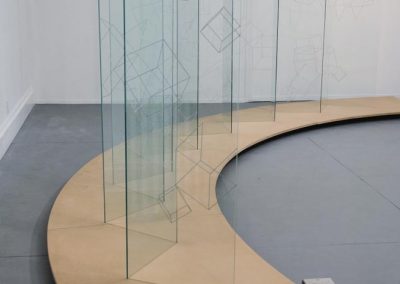 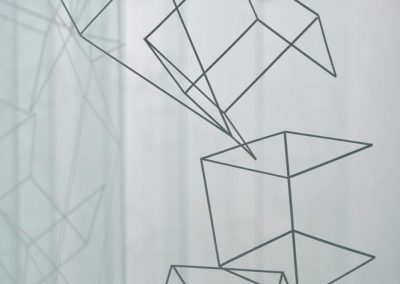 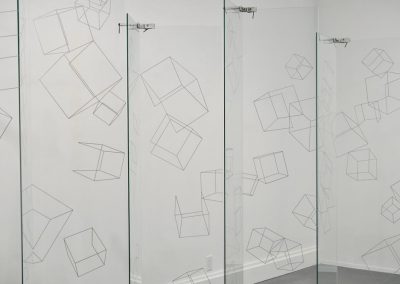 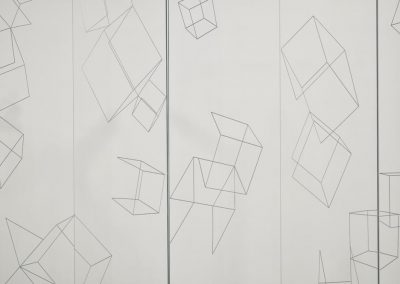 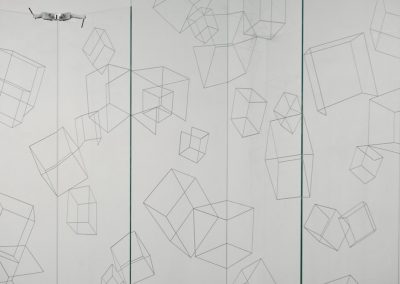 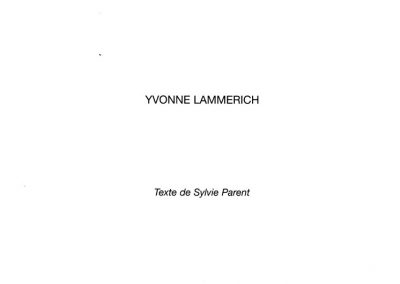 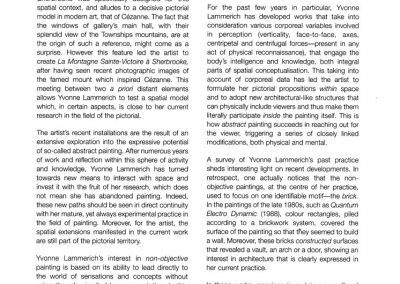 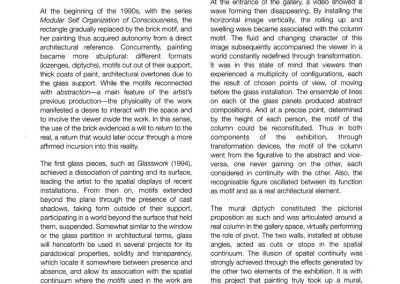 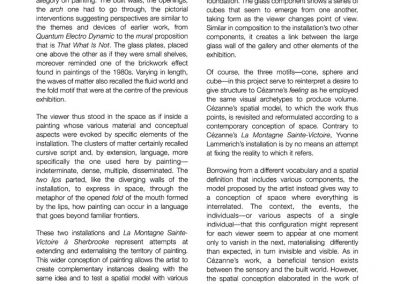 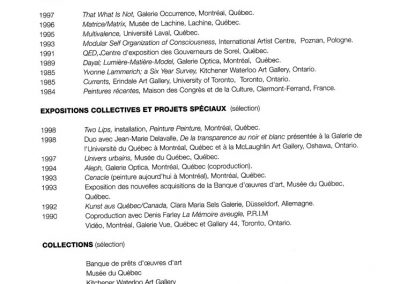