A collaboration with Ian Carr-Harris in which each artist reflected independently on Champlain’s 1608 fur-trading fort (l’habitation) at Québec.

While driving back to Montreal from Magog, we stopped and visited a small antique junk shop. There amongst a pile of old discarded books I found a pamphlet, Historical Souvenir and Book of the Pageants in the Ancient Capital of Canada from1908. In these pages I discovered Samuel de Champlain’s drawing of his Abitation, intended as a fur-trading fort, which he founded in 1608. This fort represented the first enduring European building in Canada, and is considered the founding date of New France, and consequently of Canada. When I saw his drawing, I was immediately fascinated by the perspectival qualities of the image, a strange fusion of cartography and projective representation. My model of Champlain’s fort was made with the assistance of Pierre Paulin, a young French artist who was completing his studies at the Ecole de beaux arts de Lyon with me through a practicum in Canada.

Soon after this, Ian found an early copy of C.W. Jeffries’ drawing of the same fort in a text-book for Ontario school children published in 1928 but used for generations of school children. His drawing is the extrapolation from Champlain’s drawing of 1608 but rendered with what we understand today as conventional perspectival. Ian Carr-Harris remembered not only studying this picture in public school but also making a cardboard model of it for class. This initiated a comparative possibility. Given a subsequent invitation to me to mount an exhibition at the Trianon Gallery in Lethbridge Alberta, I invited Ian Carr-Harris to join me in this comparative project. I would make the model based on Champlain’s drawing while he would work with the C.W. Jeffries’ version of the fort. 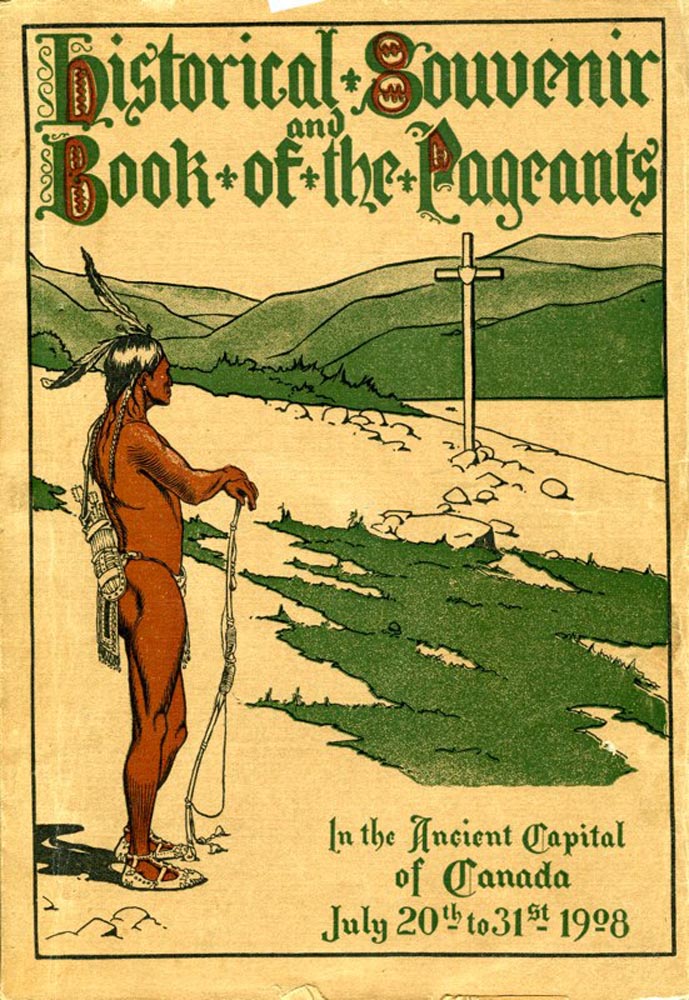 The ABITATION project is an exploration of three-dimensional form in two images of the Abitation fort: Champlain’s drawing of 1608 (Yvonne Lammerich) and C.W. Jeffries’ text-book illustration of 1928 (Ian Carr-Harris). Described here is my contribution to the project.

Champlain’s drawing reflects the paradox of all drawings based on objects in three-dimensional space – the loss of those parts beyond the line of the viewer’s sight. Champlain had studied drawing and also worked as a cartographer. What I found so engaging in his drawing was the merging of cartographic plan with renaissance perspective. The properties of line in space, or how the viewing subject experiences this spatial hybrid, was my point of interest.

Based on the model’s footprint, the plan circulates back to extrapolate Champlain’s original cartographic drawing as an imaginary construction, reinterpreting the architecture of the fort as a set of abstract lines and shapes bearing only an imaginary relationship to whatever the fort’s original plan might have been. 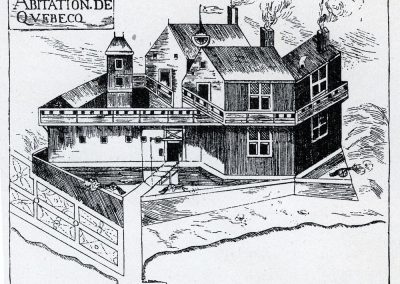 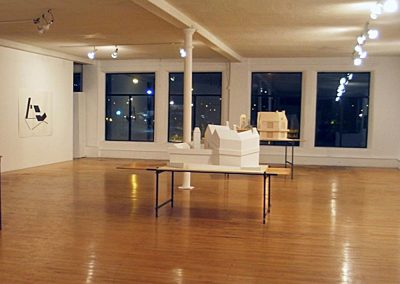 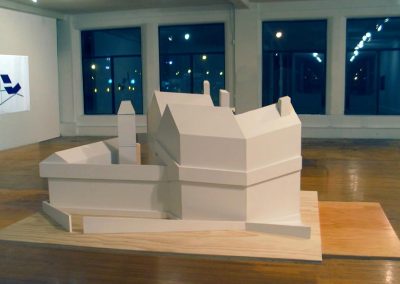 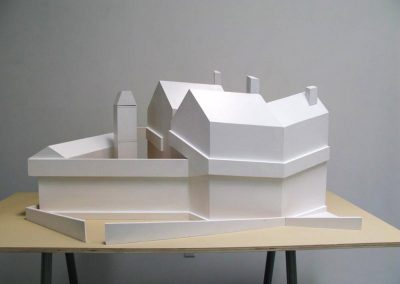 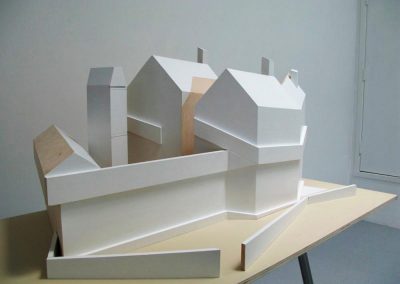 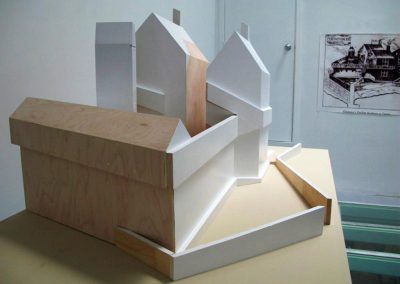 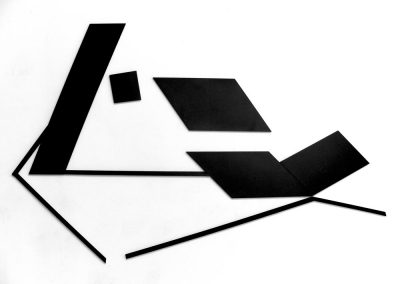 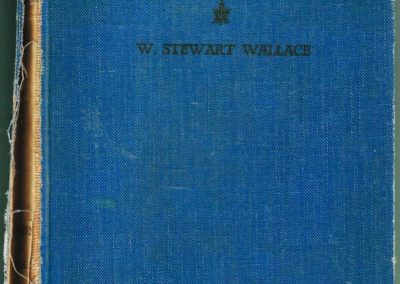 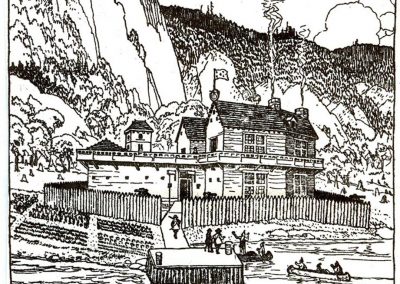 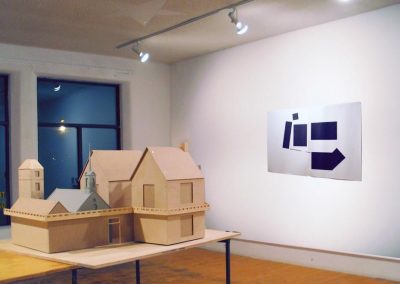 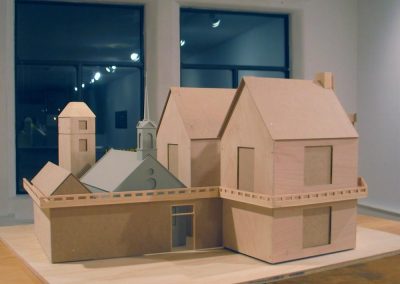 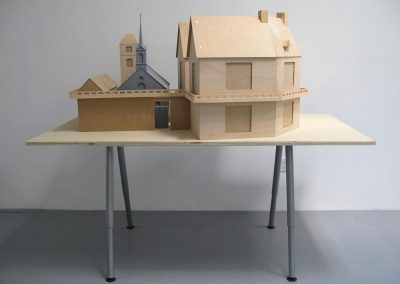 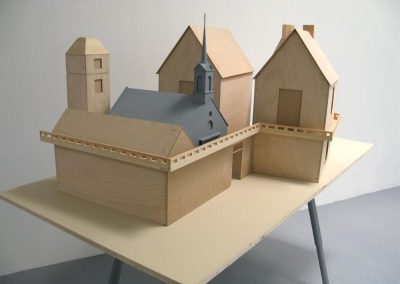 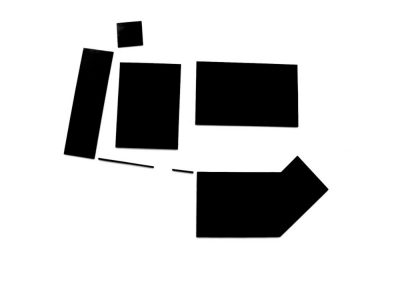