ABITATION 1608 is a model based on the drawing by Samuel de Champlain of his trading fort at Quebec on the St. Lawrence River. Champlain deserves his place in Canada’s history for at least two reasons: first, he devoted his life to increased contact between the Indigenous cultures of the eastern seaboard and the culture of an expanding Europe. Second, he came not as a conquering force, but as a trader opening up the contacts that in one way or another informed and influenced both those cultures. Abitation 1608 is drawn from an image that folds together a duality – the cartographic and the perspectival. It is an image that is in-between, as much an acknowledgment of his European trading fort’s location at the site of the earlier Iroquois village of Stadacona as of his own interests and skills as a European cartographer.

This work is a guide to the distinctive history of Canada’s transatlantic culture: settlement and trade – mobility, civilization, exchange. No history is without its conflicts, but like the ice floe, the history of culture flows on – bearing us with it. 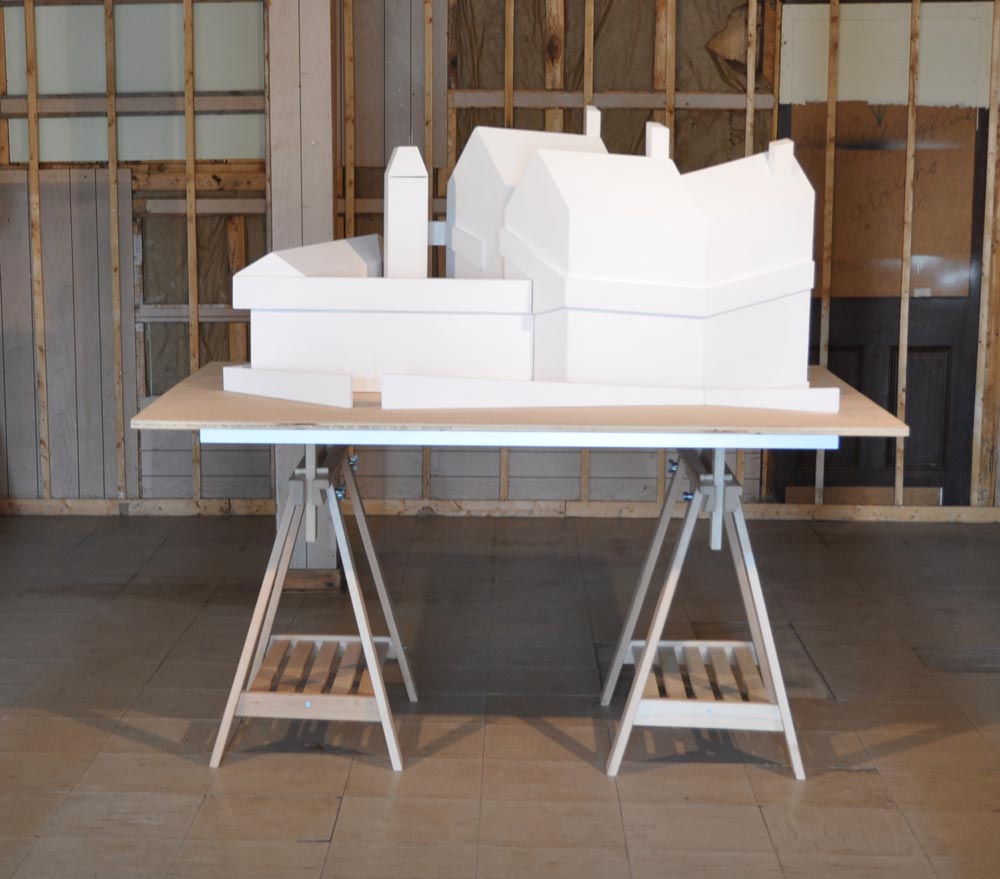 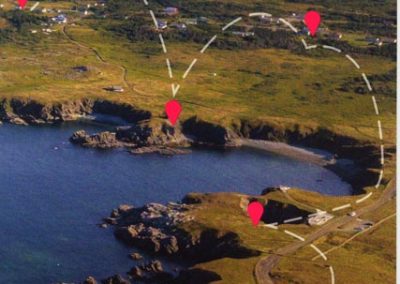 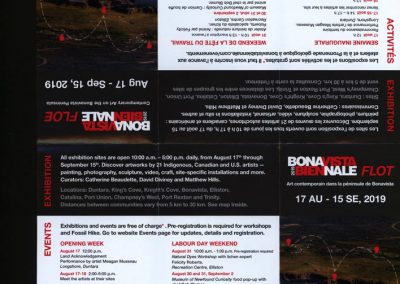 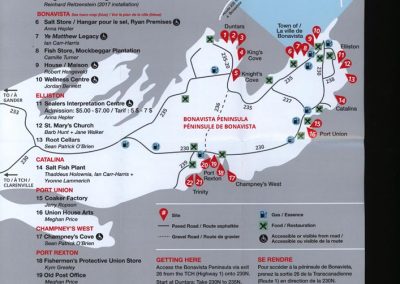 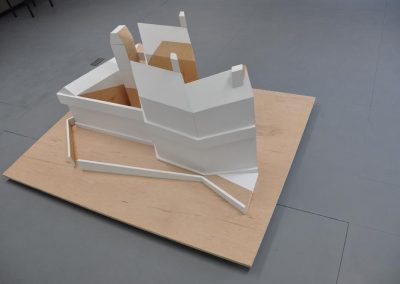 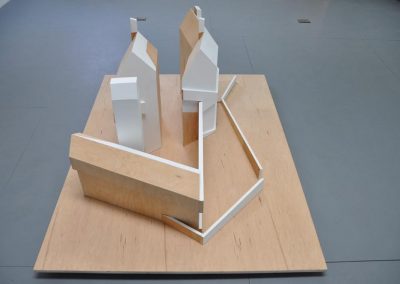 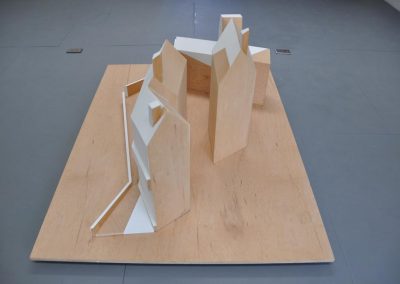 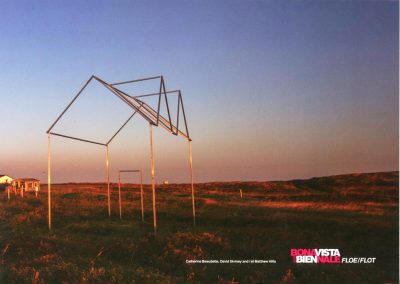 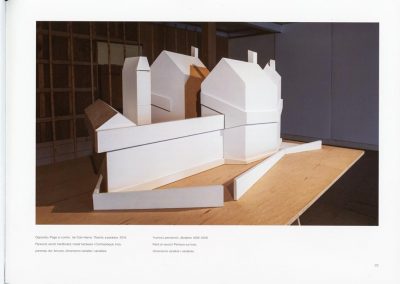 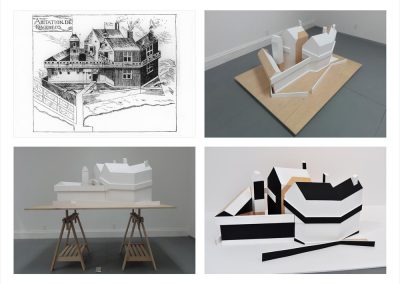 PRESS KIT
THE DOCUMENT
THE HISTORY 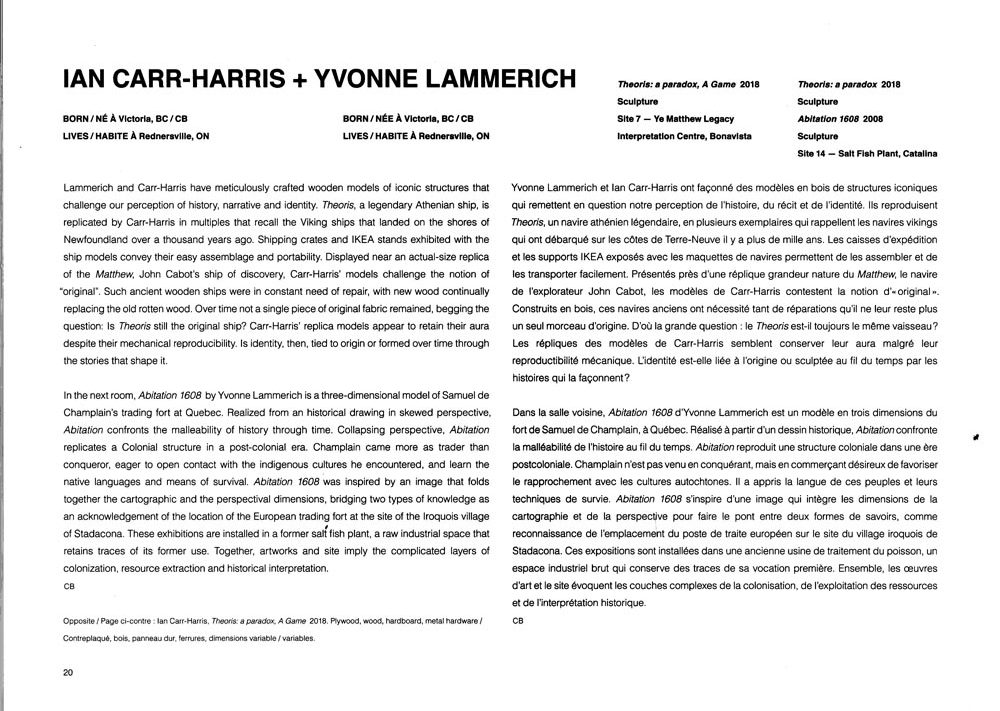